Founding father of the Woodlands estate was Mr Charles Smith, who emigrated to Australia from England in 1864. Acquiring hundreds of acres of land between 1866 and 1870 for sawmilling, Charles acquired the Walloon Parish and in September 1870, he bought the “Woodlands” estate which consisted of 568 acres. In 1877, he moved his sawmill from Sandy Creek to the western end of his property and the mill tragically burnt down three years later however, it was promptly rebuilt. As local timber resources became depleted in the 1880s, Charles’ son, Tommy Smith, began to plant sugar cane on the property and constructed a sugar mill adjacent to the sawmill. The first sugarcane was planted c. 1881, a sugar mill was erected next to the saw mill in 1882, and the first crushing and sugar manufacture took place in 1883. Tommy Smith invested heavily in the sugar mill, erecting a sugar refinery in 1884, an electric light system in 1885 (illuminating the mills, offices, stables, and his private residence), a telephone line between the Marburg mills and Walloon (the nearest telegraph station) in 1885 and a large rum distillery near the mills in 1886. In 1888 he installed more powerful machinery in the sugar mills and distillery, and laid steel tramways on the Woodlands estate to transport sugar cane and other produce to the mills. By 1889, Tommy Smith’s sugar mill and distillery were considered the most powerful and by far the most modern, in Southern Queensland. 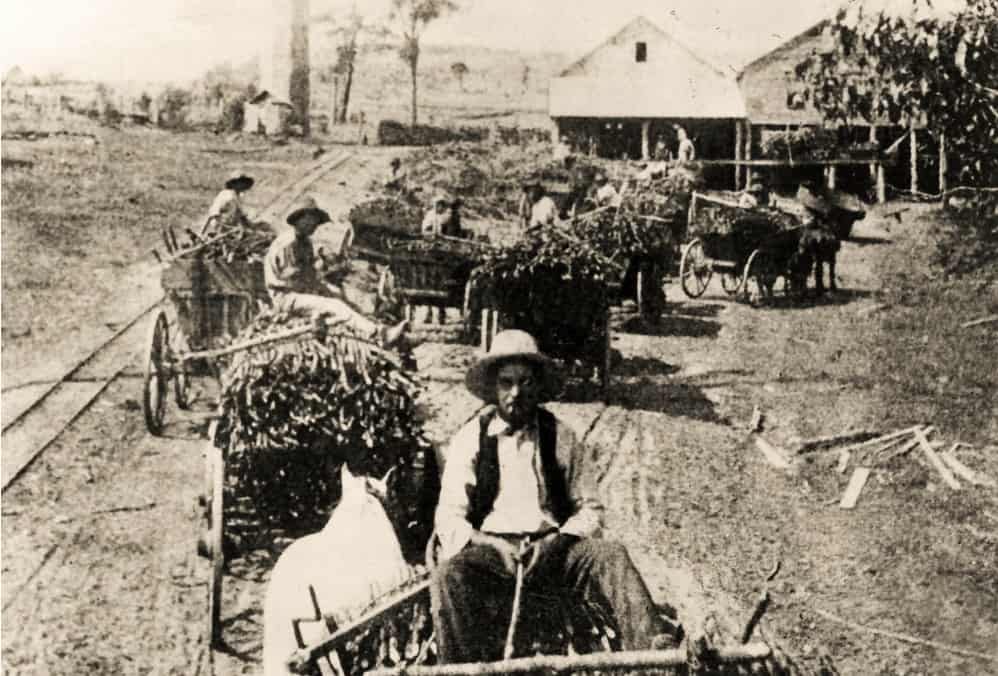 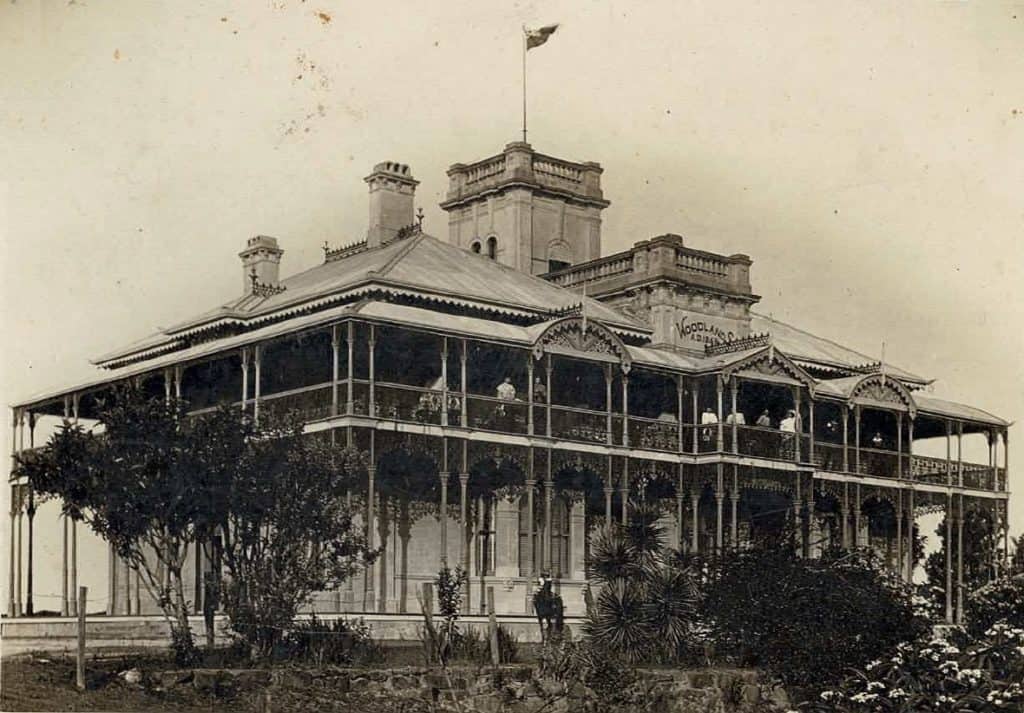 Woodlands, an imposing, two-storeyed brick residence, was erected in 1889-91 for Tommy Smith. It was designed by Ipswich architect George Brockwell Gill. Tommy had married Mary Stuart in 1881, daughter of the headmaster of the nearby Marburg School, and at Woodlands they raised a large family. Their first residence was a modest, single-storeyed timber house near the saw mill. In 1925 Tommy Smith, still resident at Woodlands, was interviewed by the Brisbane press and a description of the house published: On the crest of an isolated hill the “lookout tower” rises some 50ft above the ground level, giving a beautiful view of the surrounding country. The house is of two stories, built of brick, covered with a cement coating. Doors and windows, of massive design to conform with the spacious rooms, are all of beautifully grained red cedar cut in the Brisbane Valley. Above the top story are two brick 10,000 gallon tanks, which receive all the water from the roof, and from these tanks the water is reticulated through the house, and provides flushing for a septic system. The house took four years to complete, most of the bricks being made in the vicinity. At present the area held is about 300 acres. In July 1891 Tommy and his family moved into the mansion and maintained ownership of the property until it was sold to the Order of the Divine Word in 1944.

Woodlands was sold in 1944 to the Corporation of the Roman Catholic Archdiocese of Brisbane, along with nearly 130 acres of the Woodlands estate. Archbishop Duhig had purchased the property in the hope of encouraging missionaries of the Society of the Divine Word evacuated from New Guinea to Brisbane in May 1944, to stay in Queensland. The Society was founded in 1875 in Stevl, the Netherlands, and had established a base elsewhere in Australia early in the 20th century to provide support for its missionaries in New Guinea. The Divine Word missionaries accepted Duhig’s offer, and at Woodlands established the first mission seminary in Queensland. The main residence was renovated, two timber-framed buildings were erected in the grounds for use as classrooms and dormitories, and the place opened as St Vincent’s Seminary in 1945. In 1954 title to the property was transferred from the Catholic Church to The Society of the Divine Word.  By 1986 the main building, then containing 8 bedrooms, 2 servants’ bedrooms, sitting and dining rooms with full height cedar wall panelling, large sandstone cellar, and 8 fireplaces, remained largely in its original form. The grounds by this time included a 25-metre (82 ft) in-ground pool, two additional dormitory buildings, a chapel, and a small cemetery. 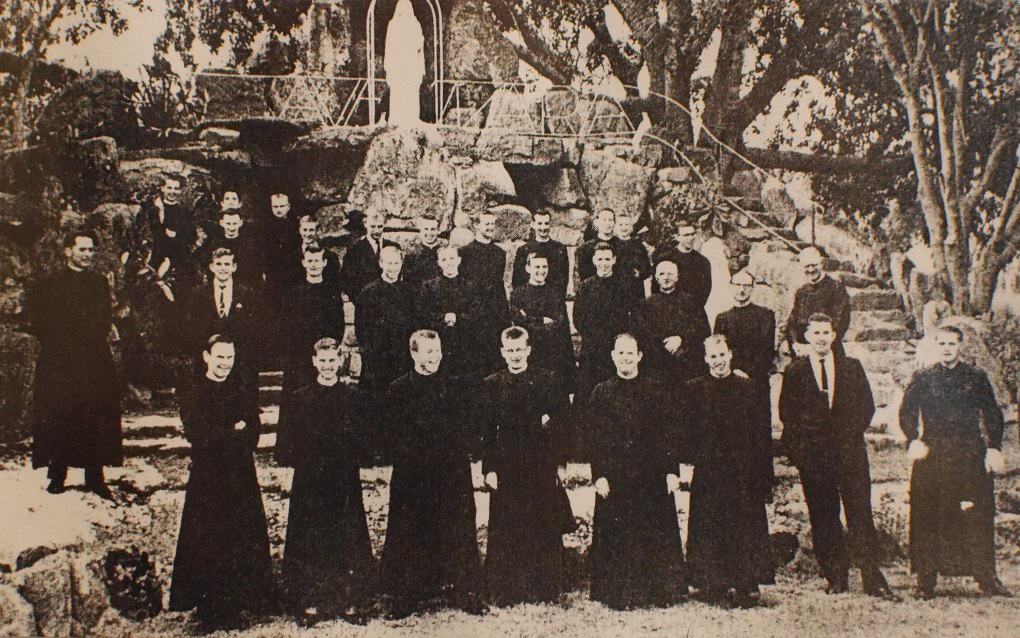 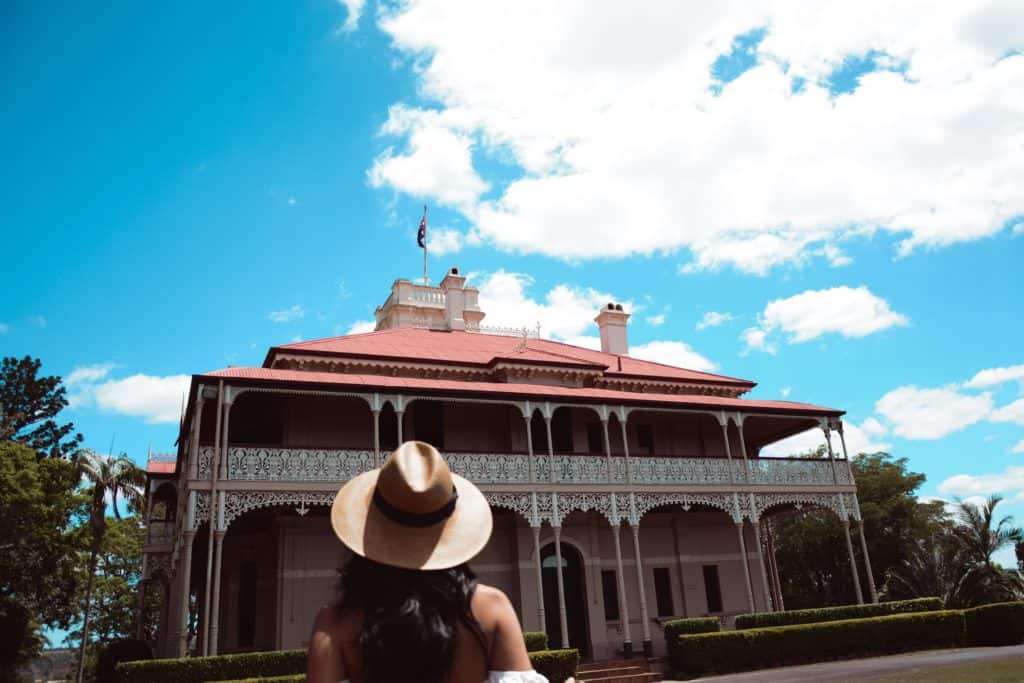 In 1986 St Vincent’s Seminary closed and the property was sold to the Ipswich Grammer School which used the property for weekend activities, seminars, school camps and conferences. In 2002, the school sold the property to a local family, and from this point Woodlands was now open to the public for the first time in it’s 110 year history. Extensive renovations and restorations were carried out restoring the grand old Mansion back to it’s former grandeur and magnificence, adding further developments to the heritage listed property including a vineyard, a conversion of the old priests quarters into 4.5 star motel rooms, and also the addition of the old St. Boniface chapel relocated from the township of Marburg to the Woodlands estate, neatly perched on the side of the hill overlooking it’s original site. Woodlands in it’s current incarnation operates as a function center and boutique holiday accommodation resort. It is a trendy destination attraction with a bustling weekend cafe and nightly restaurant, expertly prepared by Woodlands Head Chef Tracy Van Den Berg, as well as catering for weddings, corporate retreats, wellness retreats, bus tour groups and ghostly Mansion tours. There is no place on earth quite like Woodlands and one really needs to experience it first hand to fully appreciate it’s heart and soul. 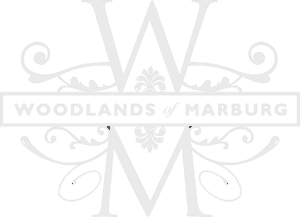